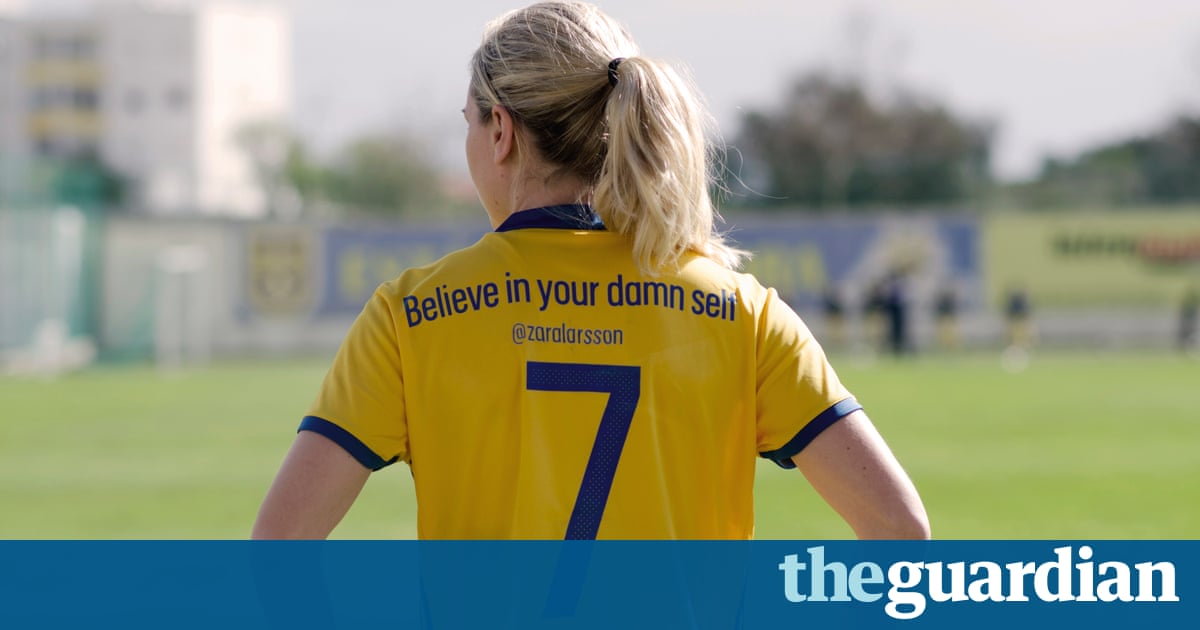 The Sweden womens team have dropped the names on the back of their football shirts in favour of messages that inspire and motivate women to show that everything is possible.

Sweden, who finished second at the 2016 Olympic Games in Rio, released the shirts this week as they prepared to take part in the Algarve Cup.

The players were asked to pick tweets from prominent Swedish women to be printed on the back of the shirts, where their names would normally appear. The initiative was launched by the Swedish Football Association in the hope that it will inspire young women to believe more in themselves and that they can achieve anything they want to.

The Swedish captain, Lotta Schelin, who picked a message from the Swedish politician Gudrun Schyman that says never look down on someone unless it is to help her up, said: The national team shirt is an important symbol and it constantly reminds us that we can win whatever game it is in whatever competitions.

I think it is great that we can join forces with other strong women and that we together can show that everything is possible. There is always a need to show young women that it is possible to succeed and that no one should feel limited in what they can achieve and particularly not because of their sex.

Niklas Bodell, the communications director at the Swedish FA, said: The initiative is first and foremost to, with the help of the national team, highlight the power that comes with doing things together and the womens teams success is a good example of that. We also hope that it can inspire people to stand up for each other, notwithstanding who you are or where you come from.

Other women whose messages have been printed on the back of the shirts are the artist Zara Larsson (Believe in your damn self), the journalist Frida Soderlund (To try is to be successful. The result is secondary as long as you dare) and the stand-up comedian Karin Adelskold (Women want different things).

Sweden beat Australia 1-0 on Wednesday in their first game of the Algarve Cup, wearing the new shirts, and next take on China on Friday.

Baseball Is Making One Of Its Biggest Rule Changes Ever

Titans running back Dion Lewis on beating the Patriots

Carmelo Anthony’s move to the Rockets comes with a role