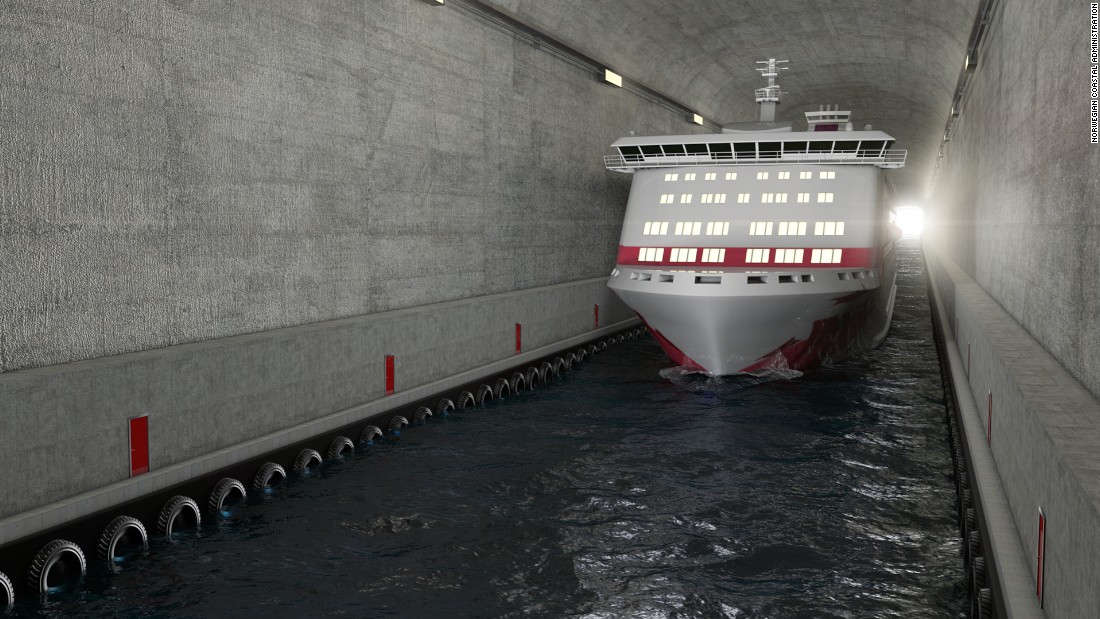 The team anticipates it will take three to four years to build the tunnel and cost an estimated $315 million. To create it engineers will have to blast out a huge eight million tons of rock.
Passages and canals for boats have been built elsewhere in the world, but this will be the first tunnel allowing cruise and freight ships that weigh up to 16,000 tons to pass through solid rock.norway ship tunnel
The team anticipates that up to five ships will be able to pass through the tunnel every hour.
If you’re wondering what might happen if two ships come nose-to-nose, it’s unlikely, because there will be traffic lights. “We are going to follow the usual standard with red and white lights to show when it is safe to pass,” the team says.
The tunnel is due to open in 2023.

Uber to pull out of Denmark!

World’s food supply under ‘severe threat’ from loss of biodiversity